As many of you are aware, I spoke at the Asia Pacific Airline Training Summit last week and MPS was present with a stand as an exhibitor. For those that have never attended a conference like APATS, or who were not able to participate this time, I will provide you with a summary of the event and highlight some of my biggest takeaways.

As always, the event started with a Heads of Training (HoT) meeting for the Pilot Stream on Monday evening. This was well attended and hosted by the conference chair, Captain Jacques Drappier. I felt the interactive format with six moderators worked very well and led to interesting discussions. Six tables with various subjects like Evidence Based Training, Command Upgrade Training, dealing with the pilot shortage and others important to the participants were organized. I personally hosted one of the tables, dealing with Competency and Evidence Based Training, and had multiple interesting and engaging groups of wide-ranging backgrounds, identifying a variety of issues. At my table, most prevalent were the fact that Regulatory Agencies resist change, that there is insufficient knowledge leading to confusion of what the best way forward is and there is a need for a career Competency Based training approach. This was definitely a successful evening for all.

The first day of the conference began with an excellent and challenging keynote speech pairing. Captain Chris Kempis of Cathay Pacific led us through issues of the future, such as the need to improve training quality while reducing cost by using new technology and devices such as MPS’s fixed base simulators. He also discussed the industry’s carbon footprint, the lack of women participation in aviation, and many other issues the industry is facing. He was followed by Pat Curtin from Boeing, who presented the new Boeing forecast for aviation personnel, ably covering the needs for pilot, cabin crew and maintenance personnel worldwide, with a local focus on the Asia-Pacific region.

After these keynotes, the conference split up in its three streams. The first session of the pilot stream allowed me to present on the creation of training, followed by Captain Chris Ranganathan of CAE and Dr. Kathy Abbott. Chris covered the faster development of better pilots while Kathy addressed the FAA view of the need for manual handling skills development and maintenance. As with the following sessions, questions from the audience created an interactive conference where a wide range of information was exchanged.

In addition to the sessions in the pilot stream, cabin crew and maintenance streams took place simultaneously and all streams were well attended. During breaks there was ample activity in the exhibition area where MPS had a stand as well. At our stand we were able to demonstrate our FMC trainer as well as discuss the recent innovations we have incorporated in our design such as the Simulated Air Traffic Control Environment and UPRT modules we offer. Many exhibitors I talked to indicated significant interest from the conference participants and many business relations were formed or strengthened. After the final joint session that covered Human Factors, the conference was closed by Captain Drappier.

Having been able to reflect, my personal takeaways of this APATS conference were the following:

Let’s work together to make global aviation safety better by continuing to exchange information during events like these. We can use the relationships forged during these conferences to ensure mutual support continues to take place throughout the entire year. 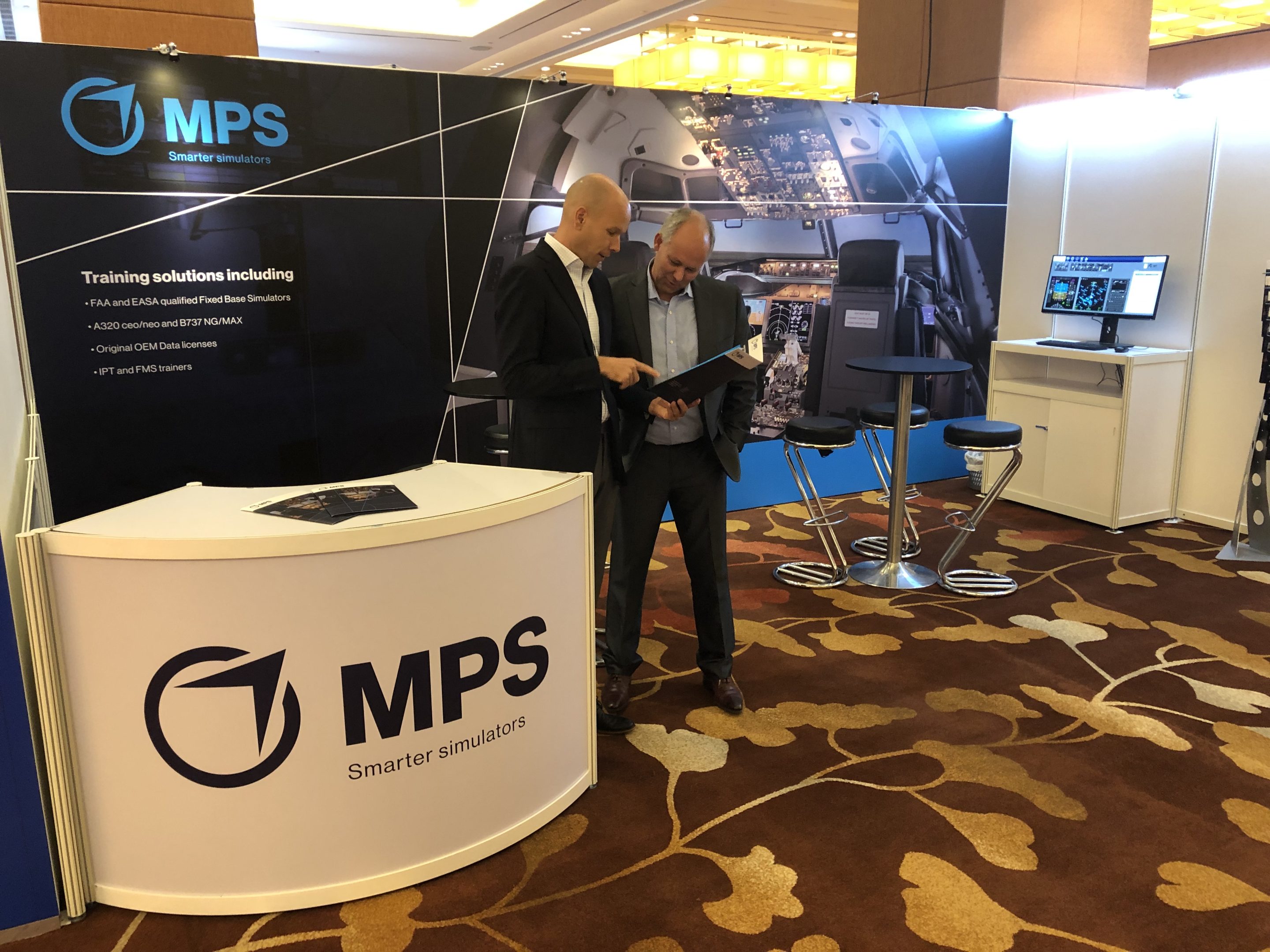